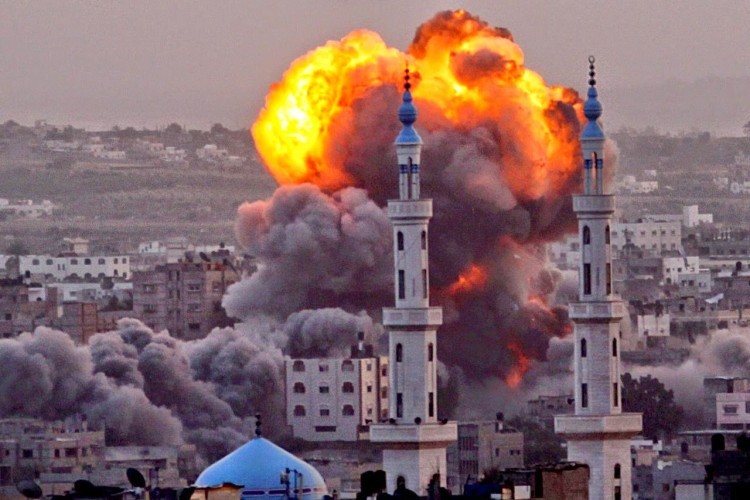 11 Years After the First Israeli Aggression Against Gaza

11 years passed since the first Israeli aggression against Gaza which left more than 1500 martyrs including 926 civilians, 412 children and 111 women. On Saturday morning 27/12/2008, the Israeli warplanes launched its fatal missiles towards the Head Quarter of Palestinian police and killed hundreds of policemen during a graduation ceremony.

Hours later, more than 80 Israeli warplanes targeted the houses of Palestinian citizens and destroyed them under the heads of the inhabitants. Moreover, 27 mosques were totally destroyed and 67 schools were destroyed and targeted by white phosphorus and internationally prohibited ammunitions.

This vicious war aimed to eliminate the Palestinian resistance in Gaza Strip and to restore the Israeli soldier (Gilad Shalit) held by Al-Qassam Brigades since 2006.

On January 21, 2009, the Israeli occupation withdrew from Gaza Strip after 22 days of oppression and destruction.

After 11 years of this ruthless aggression, Gaza is still more powerful, coherent and united. Also, its residents are more adamant to fulfil their basic rights of dignity and decent life. On March 30, 2018, thousands of Palestinians rushed into Gaza eastern borders to protest against the immoral and illegal siege imposed on Gaza since 2006. The peaceful protesters participated actively in Great Return March protests to break this illegal siege and to gain more international support and advocacy for the Palestinian cause.