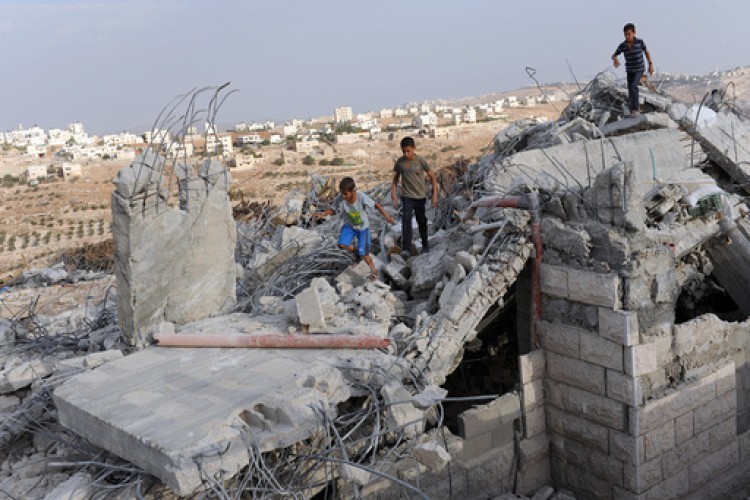 The Israeli occupation authorities forced a Palestinian family to self-demolish their home in Sur Baher, south of occupied Jerusalem.

The family of Dabash demolished their house, upon a notice they received from the occupation authorities that should they do not carry out the self-demolition, they would be charged with a fine of 100,000 shekels.

The family explained that "the house consists of 6 rooms, and is inhabited by 11 people, who lived in it their most beautiful days for 6 years, but those days turned into memories, by a decision of the occupation authorities."

The family tried more than once to cancel the demolition order, but to no avail, on the pretext that the house lacks building permits.