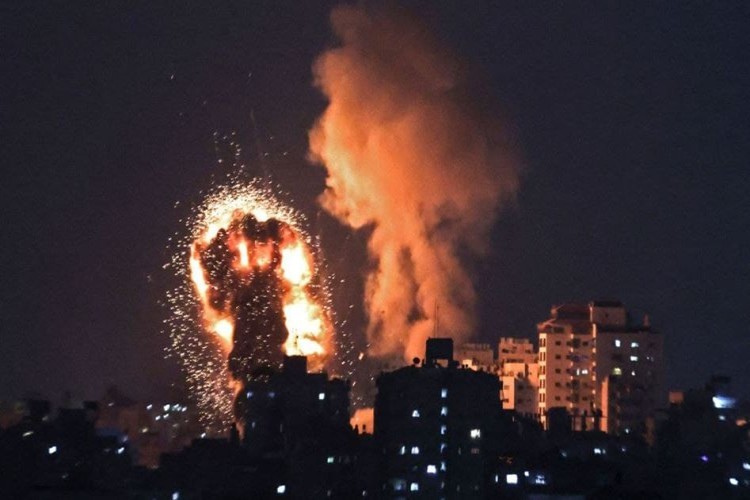 The Israeli occupation attacked resistance positions west of Khan Younis, in the southern part of the Strip, while tanks targeted posts northeast of Beit Lahia, and another in Beit Hanoun, in the northern Gaza Strip, local sources reported.

In the same context, the spokesperson for the Israeli occupation military said that the attacks on the enclave came in response to the two rockets fired from Gaza, which landed off Jaffa shore, Saturday morning.

On Saturday morning, the IOF said two rockets were fired from Gaza toward the central occupation entity. Video circulating on social media showed one explode in the sea off the coast of Jaffa.

Member of the joint room of the Palestinian resistance factions said the rockets were accidental due to the bad weather conditions, and were not experimentally tested, indicating that the matter is being investigated by the resistance.