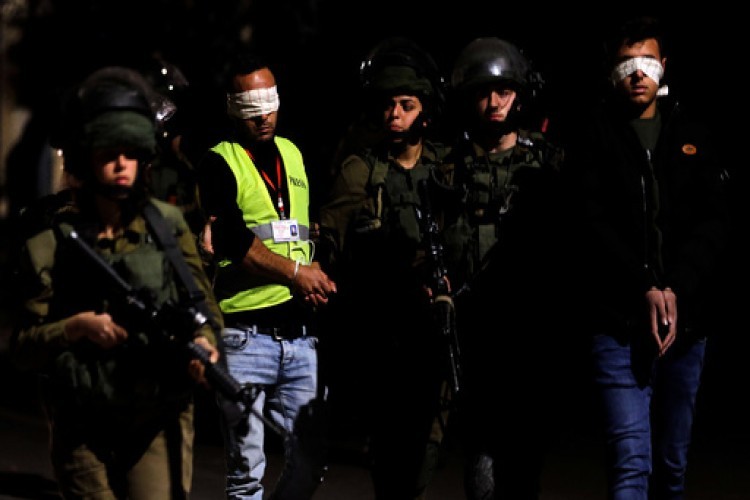 The Israeli occupation forces detained 17 Palestinian citizens of the occupied West Bank, including two leaders of the Hamas movement.

The Prisoners' Information Office reported that the occupation soldiers stormed the city of Ramallah and detained the ex-detainee Hamas leaders, Saed Abu al-Baha, and Ahmed Zaid, after raiding their homes in the town of Beitunia to the west.

In al-Khalil, the soldiers detained the young men, Imad Haitham Al-Qawasmi and Suhaib Al-Sharbati, and from the town of Deir Samet, the young man, Abbas Qassem Al-Hroub, was detained.

In occupied Jerusalem, the occupation forces detained the young men, Ahmed Shweiki and Mahmoud Shweiki, from Silwan town, and Muhammad Al-Atiq and Khattab Al-Sharbati from the Old City.