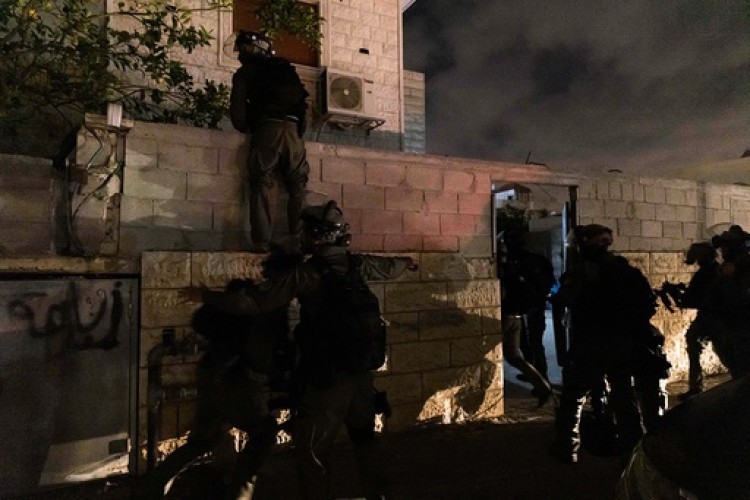 The Israeli occupation forces detained, this early morning, 11 Palestinians from the occupied West Bank and Jerusalem.

Furthermore, they detained Taleb Ghassan Seif, Issam Ayman Abu Omar, and Khuzam Iyad Daghlas, from Barqa, north of the city, and Nabil Diab, from the town of Beita in the south.

Moreover, the Israeli occupying forces raided and searched the house of the member of the Palestinian legislative council, Muhammad Al-Tal, in the Al-Dhahiriya, south of al-Khalil.