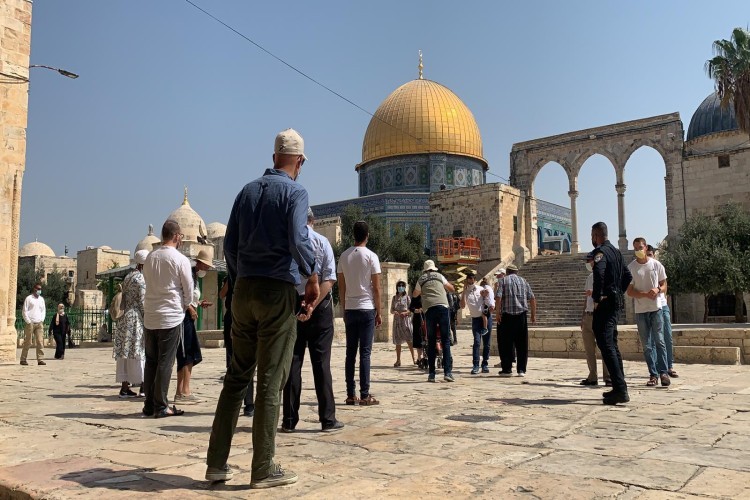 Occupied Jerusalem -Herds of Israeli settlers stormed, this morning, the courtyards of the blessed Al-Aqsa Mosque, and performed provocative Talmudic rituals under the protection of the occupation forces.

Al-Aqsa Mosque has been exposed to settlers’ incursions under the protection of the Israeli occupation forces, on morning and evening shifts, in an attempt to change the Islamic status quo, and divide it spatially and temporally.

The occupation targets Jerusalemites and the Al-Murabitin (Al-Aqsa Guardians) in particular, by detaining, expelling, and imposing fines on them, intending to keep them away from Al-Aqsa Mosque, in the interest of Judaizing it.