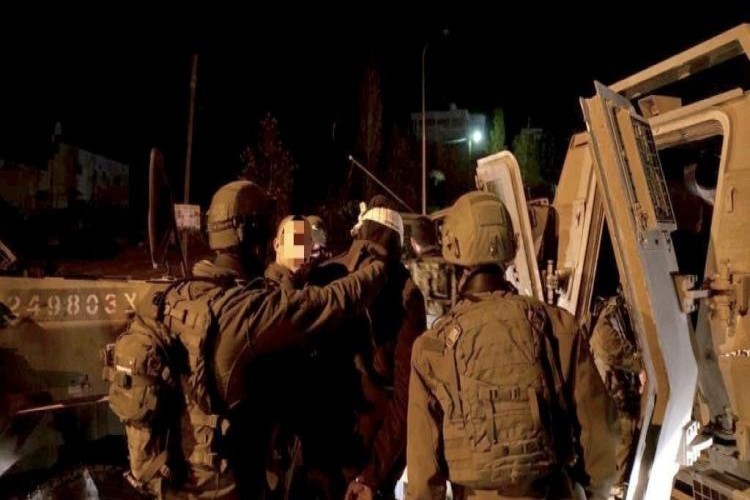 The Israeli occupation forces detained, this early morning, two Palestinians from Nablus and Qalqilya, one of whom is a leader of the Popular Front for the liberation of Palestine.

And local sources reported the occupation forces detained the former detainee and a leader of the Popular Front for the liberation of Palestine, Husam Al-Razza, after raiding his house in the Al-Makhfieh neighborhood, west of Nablus.

In the same context, they also detained Ahmed Zuhair Shteiwi from the occupied West Bank city of Qalqilya.