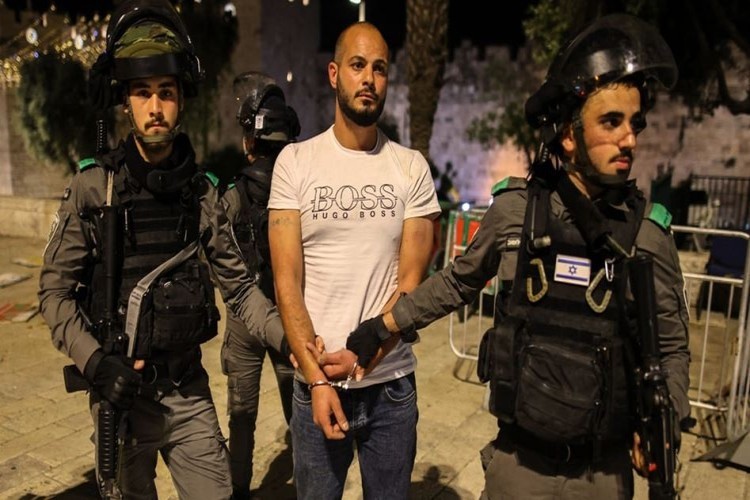 And Jerusalemite sources reported that the occupation forces detained 3 young men in Bab Al-Amoud, and took them to an interrogation center.

The occupation targets Jerusalemites and the Al-Murabitin (Al-Aqsa Guardians) in particular, by detaining, expelling, and imposing fines on them, intending to keep them away from Al-Aqsa Mosque, in the interest of Judaizing it.

The Israeli occupation mainly targets Palestinian children, with the aim of breaking their will and discouraging them from confronting its forces.

In a related context, the occupation forces stormed the Al-Matar neighborhood in Kafr Aqab, and fired tear gas canisters at the citizens' homes.