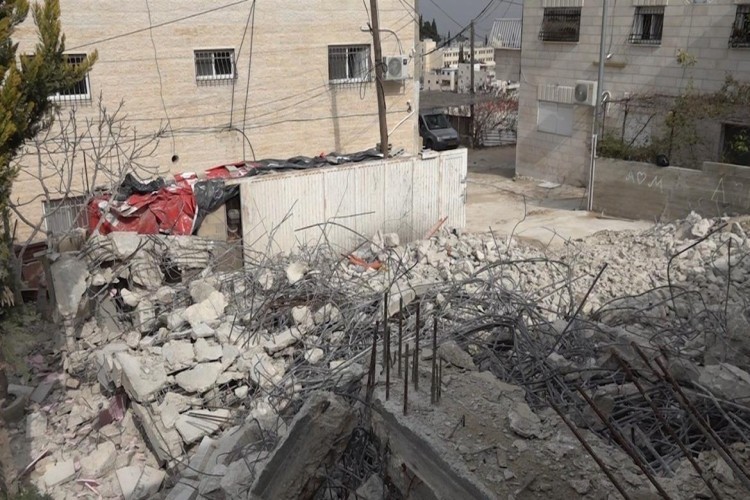 The Israeli occupation forces forced, yesterday, two Palestinian brothers to self-demolish their homes in the town of Jabal al-Mukaber, southeast of occupied Jerusalem, on the pretext of building without a permit.

Local sources reported that the Israeli occupation municipality in Jerusalem compelled the two brothers, Daoud and Mahmoud Shkirat, to personally demolish their homes in Jabal al-Mukaber, noting that the area of ​​each house is about 80 square meters, and that they were built in 2012.

The demolition of the two houses in which the two brothers have been living with their wives and eight children was carried out despite that they had paid about 100,000 shekels (about $32,000) for building violations, the sources pointed out.

It is noteworthy that the Israeli occupation intensified its settlement expansion, by escalating the demolition of Palestinian-owned homes, which reached 317 homes in different parts of the occupied city of Jerusalem during 2021, on the pretext of "unlicensed construction", according to official Palestinian sources.

The municipality of the occupation in Jerusalem is strict in serving building permits to the Palestinians, and it also prevents construction or land reclamation in the areas under its control in the occupied West Bank, including the outskirts of occupied Jerusalem.