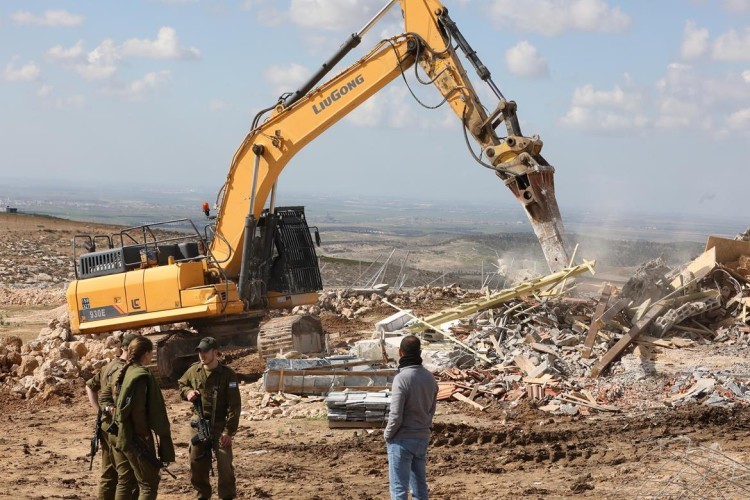 Local sources said that a patrol of the Israeli occupying army, escorted by bulldozers, stormed the "Al-Hessa" area in the village, and started demolishing several Palestinian-owned houses and structures.

It is noteworthy that the village of Deir Nidham, inhabited by 1200 persons, witnesses almost daily incursions by the occupation forces, and the closure of all its entrances, in addition to attacks by settlers of the settlement of "Halamish" established on its lands, who seek to seize its water resources.