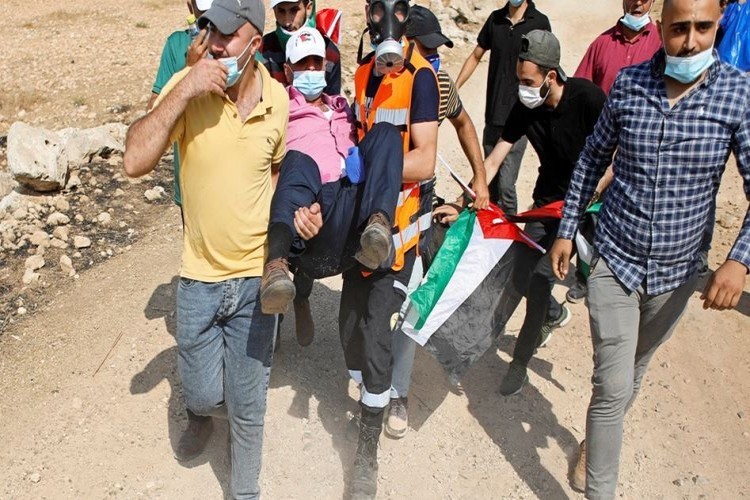 Confrontations, between Palestinian citizens and Israeli occupying soldiers, broke out, yesterday afternoon, in separate areas of the occupied West Bank, during anti-settlement marches and activities.

In Nablus, confrontations erupted on Jabal Sabih (Sbaih Mount) in the town of Beita, during which the occupation forces targeted demonstrators with bullets and poison gas canisters.

The Palestinian Red Crescent Society reported that an 18-year-old man was wounded with live ammunition in the foot in the confrontations at the Mount, as well as the Palestinian female Journalist, Raja Jabr.

The Society also stated that more than 30 injuries were dealt with by its ambulance crews during the Beta and Burin confrontations.

In the same context, in Beit Dajan, the Israeli occupation forces fired tear gas canisters at the young men during the confrontations that arose near the settlement outpost established on Beit Dajan lands east of Nablus, local sources said.

Separate areas of the occupied West Bank and Jerusalem witness weekly demonstrations condemning the settlement expansion and rejecting the abusive policies of the occupation against the Palestinian people.