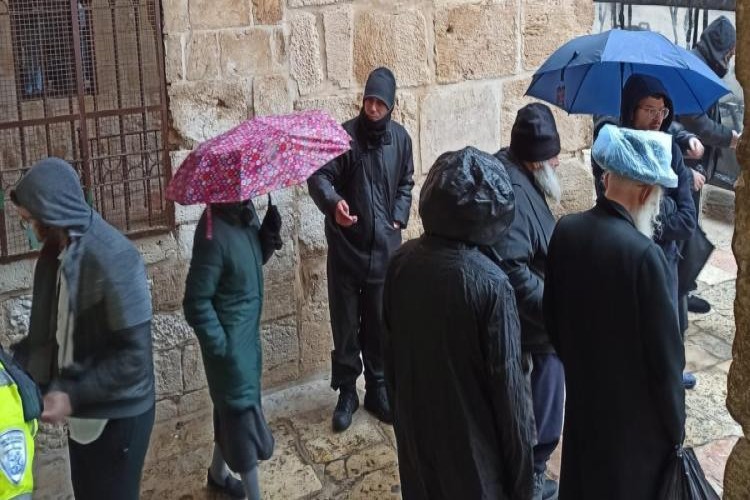 Occupied Jerusalem - Tens of Israeli settlers stormed, this morning, the courtyards of the blessed Al-Aqsa Mosque, and performed provocative Talmudic rituals under the strict protection of the occupation forces.

The occupation targets Jerusalemites and the Al-Murabitin (Al-Aqsa Guardians) in particular, by detention, expulsion, and imposing fines on them, intending to keep them away from Al-Aqsa Mosque, in the interest of Judaizing it.