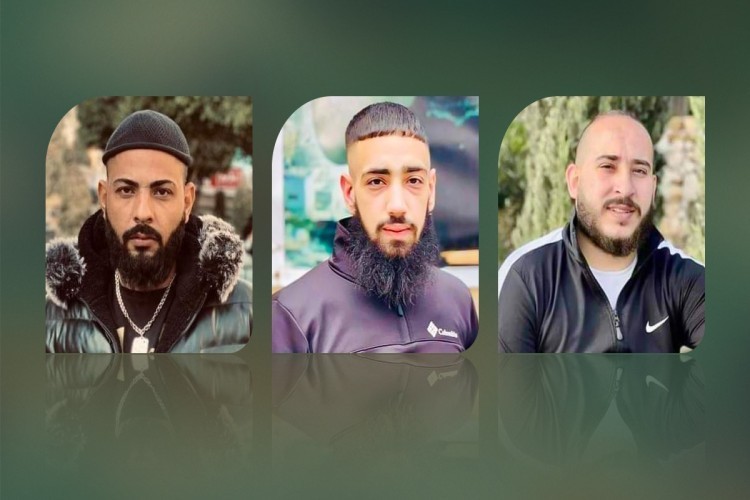 According to local sources, the Israeli occupying soldiers raided the al-Makhfiya area, in Nablus, showered the vehicle inside which three Palestinians were traveling with live ammunition, and fled the scene after making sure the three were dead.

The martyrs have later been identified as, Ibrahim Al-Nabulsi, Adham Mabrouk, and Muhammad Al-Dakhil.