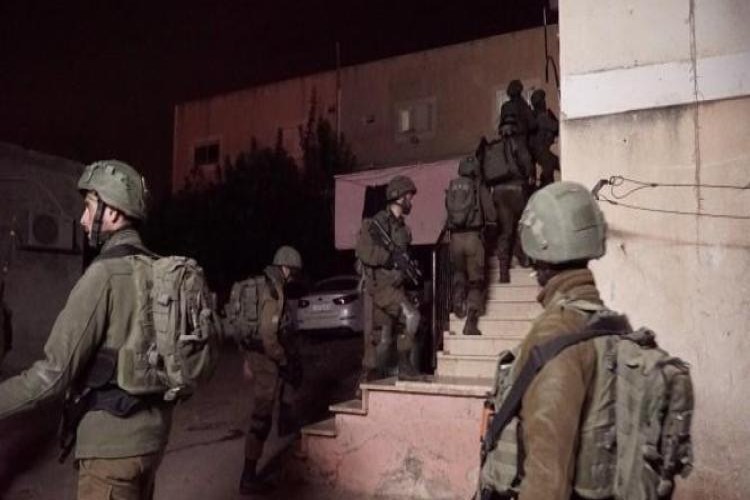 The Israeli occupation forces detained, at dawn today, some citizens during raids and incursions in the occupied West Bank and Jerusalem.

In Nablus, the occupation forces stormed the Rafidia area, west of the city, and detained the citizen, Adnan Salah, from his home, and, consequently, confrontations arose, during which sound and gas canisters were fired.

Last night, the Sheikh Jarrah neighborhood in occupied Jerusalem witnessed confrontations with the occupation forces and settlers, after settlers attacked and assaulted the residents of the neighborhood.

Separate areas of the occupied West Bank and Jerusalem witness daily raids by the occupation forces, where they search houses, destroy their contents, and terrorize their occupants.

In its annual report on violations of the Israeli occupation, the media office of Hamas in the West Bank monitored (5,286) citizens' detentions during the past year of 2021.