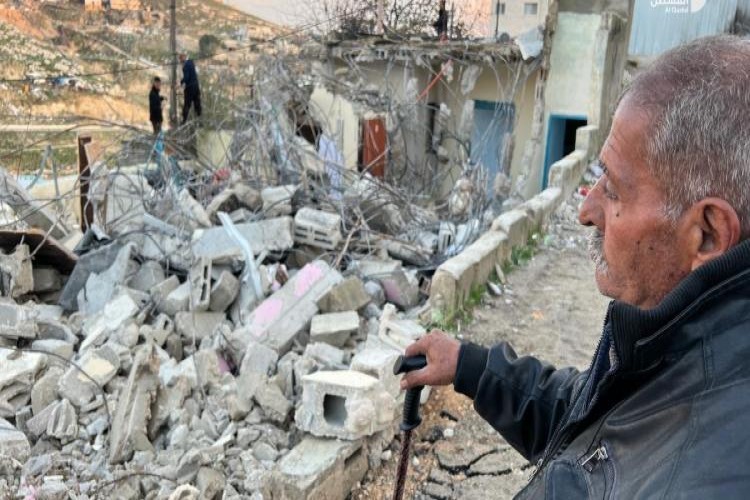 The Israeli occupation forces compelled the Jerusalemite Mahmoud Abu Diab to self-demolish his house, under the threat of exorbitant fines.

Abu Diab, a resident of the Ras al-Amud neighborhood, in Jerusalem, was forced by the Israeli occupation municipality to personally knock his house down on the pretext of lacking a building permit.

The occupied Jerusalem neighborhoods and towns have been witnessing a systematic process of displacement, in light of an unprecedented increase in houses’ demolitions.

On the grounds of “Kuminets Law” ratified in late 2017, “Amendment No. 116 to the Planning and Building Law”, “set impossible conditions for extending orders to demolish unlicensed homes, and according to this law, Jerusalem will witness record numbers of demolition in the coming days and months, which may reach 250 homes and establishments, half of them.” Almost in Jabal Mukaber.

Since the occupation of Jerusalem in 1967, the Israeli occupation has demolished more than 2,000 homes in the city. It also followed a systematic racial aggressive policy towards Jerusalemites with the aim of tightening control over Jerusalem, Judaizing it, and tightening the noose on its indigenous inhabitants, through a series of arbitrary decisions and measures that affected all aspects of Jerusalemites’ daily life.