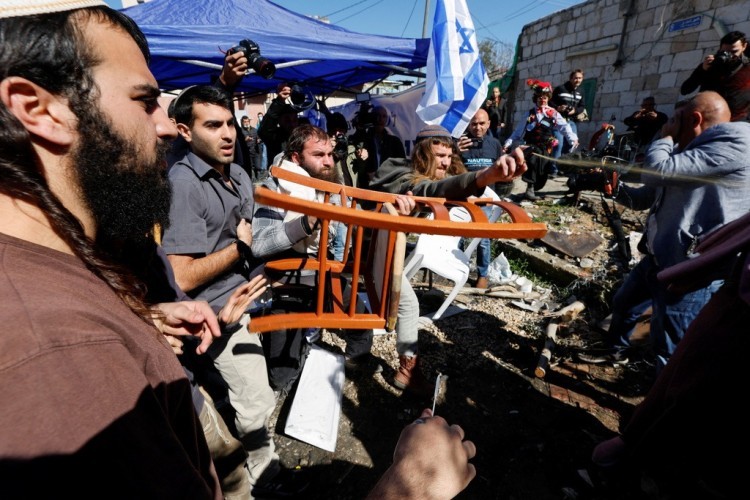 Occupied Jerusalem – Israeli occupation forces and settlers have been provoking the Palestinian people by attacking those living in the occupied Jerusalem’s neighborhood of Sheikh Jarrah.

Last night, herds of Israeli settlers attacked residents of the Sheikh Jarrah neighborhood, under the occupation forces’ protection, and hurled stones at their houses and properties, smashing the windows of several of their vehicles.

The Israeli occupation forces also attacked the Salem family, which is threatened with forced displacement, by using pepper spray and firing sound grenades, tear gas canisters, and metal ammunition, resulting in the suffocation of some of them while others sustained burns, including elderly people, women, and children.

This came hours after Ben-Gvir announced that he’s considering reopening a makeshift office on a land belonging to the Palestinian Salem family, claiming such a move came in solidarity with the settlers there.

Earlier on Sunday, the settlers stormed the neighborhood and set up a tent on the lands of the Salem family. Hours later, Ben-Gvir arrived in the area and reopened his office there.

Ben-Gvir called on the settlers to gather in the neighborhood on Sunday evening. The settlers were seen provoking the Palestinians by sitting in the tent, playing music, and raising the flag of the Israeli occupation state.