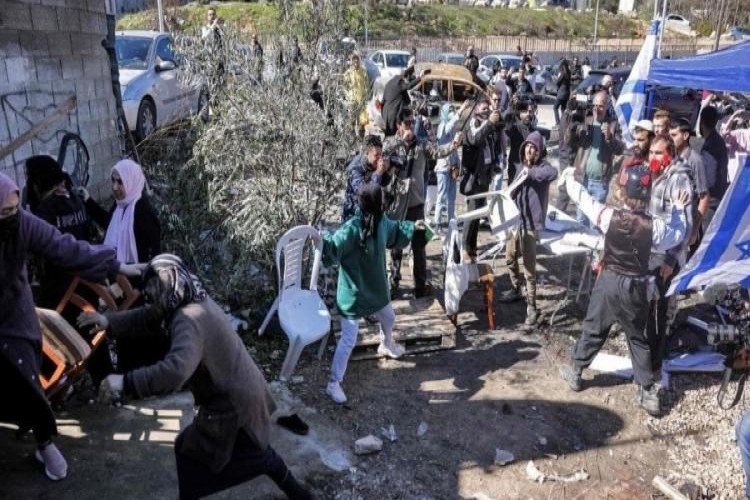 Palestinians detained, others injured in confrontations with far-right settlers in Shaikh Jarrah

Occupied Jerusalem - Israeli occupation forces injured and arrested a number of Palestinians in the renewed attacks and incursions by extremist settlers in the Sheikh Jarrah neighborhood.

The Red Crescent Society announced that its crews have dealt with 31 injuries during the confrontations that took place in the Sheikh Jarrah neighborhood.

The society explained that among the injuries were 3 paramedics, a journalist, and 2 foreign solidarity activists.

In the same context, 3 young Palestinian men were injured while they were inside a bus in the Shu'afat refugee camp, when far-right settlers threw stones at it near Sheikh Jarrah, and smashed its windows.