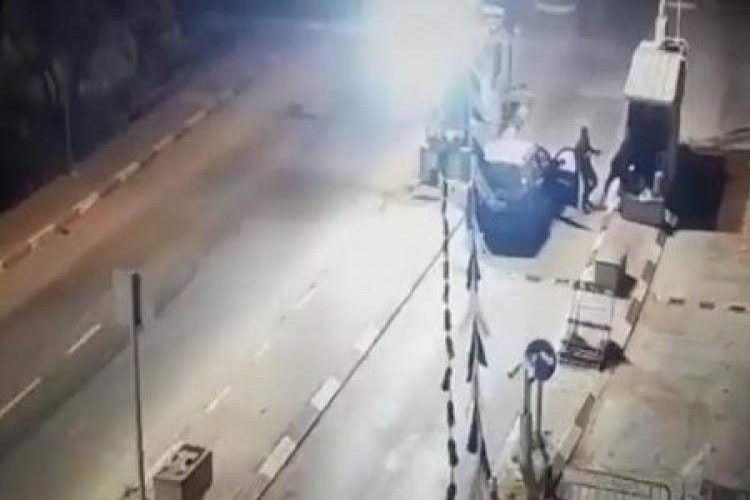 An Israeli occupying security guard was killed late Friday evening in a heroic shooting operation near the "Ariel" illegal settlement built on Palestinian lands in Salfit.

According to local sources, two Palestinian resistance fighters carrying automatic rifles had managed to fire at a point-blank range live bullets at a colonial Israeli soldier, who works as a security guard for the aforementioned settlement, and fled the scene. The operation resulted in the soldier being killed.

The Israeli occupation authorities declared a state of mobilization in the area, began a large-scale search for the two freedom fighters, and asked the "Ariel" settlement settlers to stay at home for fear that they would storm the settlement again.

The Israeli occupation forces announced this evening, Saturday, that they have detained the heroes of the "Ariel" operation in the northern occupied West Bank.

Occupied Palestine witnessed, last week, a significant escalation in resistance operations, and violent confrontations with the occupation forces, the most important of which was the blessed Al-Aqsa Mosque, during which tens of thousands of Palestinians stood against the Israeli invading forces who stormed and desecrated it.