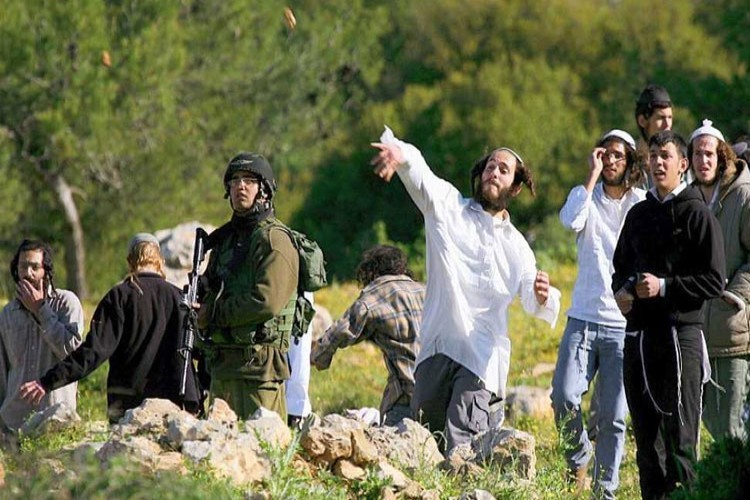 Herds of colonial settlers attacked Palestinian citizens and their properties in the occupied West Bank under the protection of Israeli occupation forces.

In Salfit, settlers chopped off more than 30 olive trees from Palestinian lands in the town of Kafr ad-Dik, west of Salfit, which has been subjected to repeated attacks by settlers under the protection of the occupation forces.

Furthermore, Zionist settlers stormed the lands of Khirbet Harrasha in the village of Al Mazraa Al Gharbia, northwest of Ramallah, and assaulted citizens in the area.

According to local sources, settlers assaulted and beat the elderly Abdullah Muhammad Ibrahim Agnimat, 81, while he was working on his land in the Khallet Ali Aghneim area, east of Surif, west of Al-Khalil.