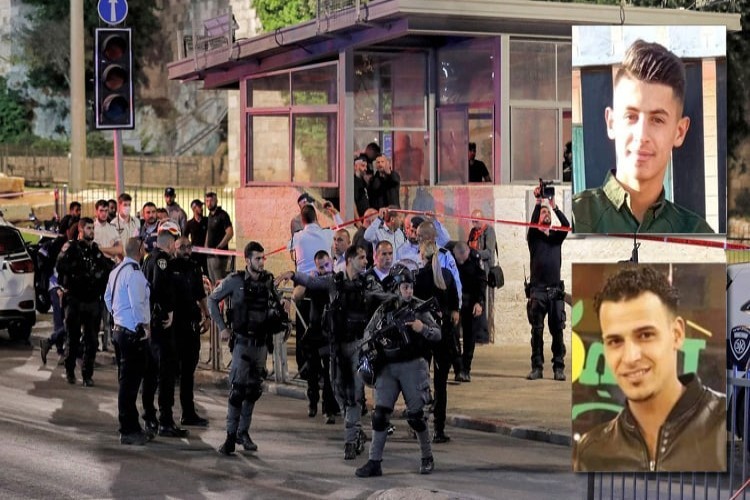 Israeli occupation forces murdered two Palestinians, one of whom was a child, and seriously wounded another in separate incidents - Sunday evening - in the occupied West Bank and Jerusalem.

Palestine's Ministry of Health stated that a colonial Israeli settler shot dead a Palestinian teen inside the Israeli illegal settlement of Taqu' near Bethlehem in the occupied West Bank.

The martyr was later identified as the 17-year-old Palestinian citizen, Mutasem Mohammad Atallah, from the village of Harmala in the occupied West Bank governorate of Bethlehem.

Earlier on Sunday evening, Israeli occupation forces summarily executed the Palestinian young man, Mahmoud Sami Aram, 27, from the Gaza Strip after he was trying to cross the apartheid wall south of Tulkarm.

In a related context, the Zionist occupation forces shot and seriously injured a Palestinian youth, claiming that he carried out a stabbing operation that left an Israeli occupying officer injured at a checkpoint in the Bab al-Amoud area in occupied Jerusalem.