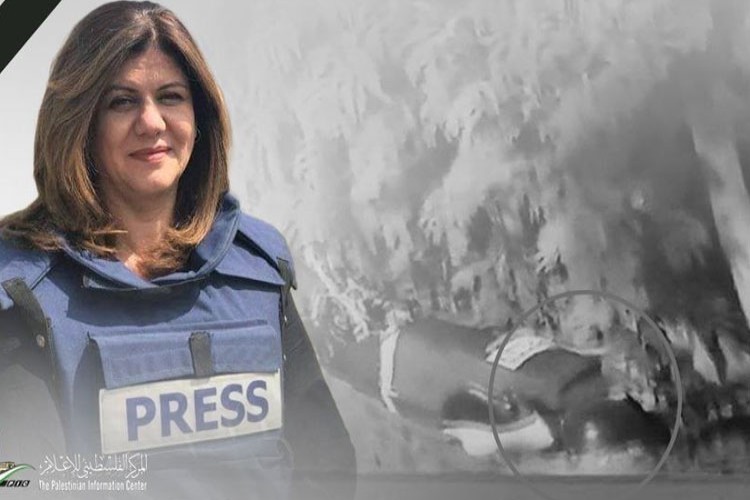 Israeli occupation forces have shot dead the Al-Jazeera female reporter, Shireen Abu Akleh, and injured another while covering the former's raiding of the Jenin refugee camp, in the occupied West Bank, the Palestinian Health Ministry said.

The Ministry confirmed the death of Abu Akleh after she was shot in the face in a critical condition before she was pronounced dead.

In the same context, the Journalist, Ali Al-Samoudi, was also wounded by a bullet in the back by the Israeli invading forces in the same area.

The health ministry stated the reporters were hit by Israeli occupation fire. In video footage of the incident circulating online, Abu Akleh can be seen wearing a blue flak jacket clearly marked with the word “PRESS”.

In a statement, Al Jazeera Media Network condemned the “blatant murder” that violates “international laws and norms”, and called Abu Akleh’s death a “heinous crime, through which it is intended to prevent the media from fulfilling its message”.

“We hold the Israeli government and the occupation forces responsible for the killing of the late colleague Shireen,” the statement said.

Walid Al-Omari, director of Al Jazeera's office in Palestine, said that Shireen Abu Aqleh was heading to Jenin refugee camp to cover the Israeli occupation forces' storming of it, and she was wearing a blue flak jacket, yet she was murdered by an Israeli occupying sharpshooter.

Israeli occupation forces had stormed the Camp in the early morning hours, after which clashes arose between the occupying forces and Palestinian freedom fighters.