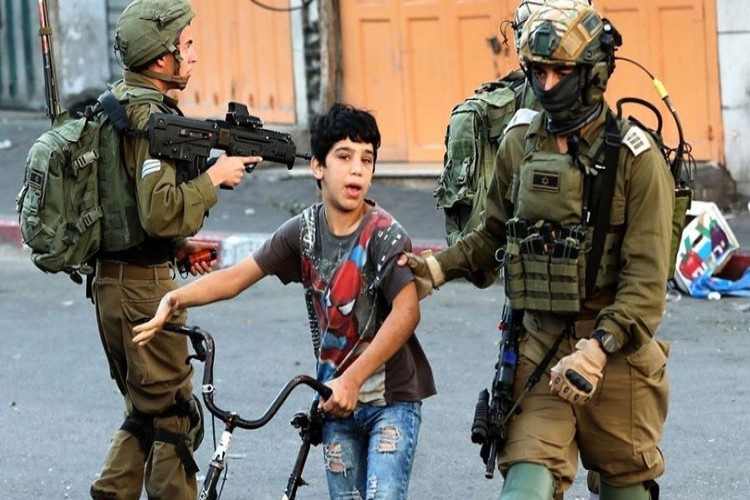 And local sources reported that the occupation forces detained the four children from Al-Wad Street in the Old City, Moataz Morcos, Oday Al-Natsheh, and Muhammad Tarhouni, and transferred them to a detention center after attacking their families.

Israeli occupation intelligence members abducted the young man, Amir Abu Ramoz, from the town of Silwan, south of the blessed Al-Aqsa Mosque, after summoning him for interrogation at the "Al-Maskobiya" center, local sources said.

In addition, the Israeli occupation forces damaged, on Sunday evening, the tires of a number of Palestinian vehicles at Jaba' checkpoint, north of occupied Jerusalem by spreading nails on the street near the checkpoint.