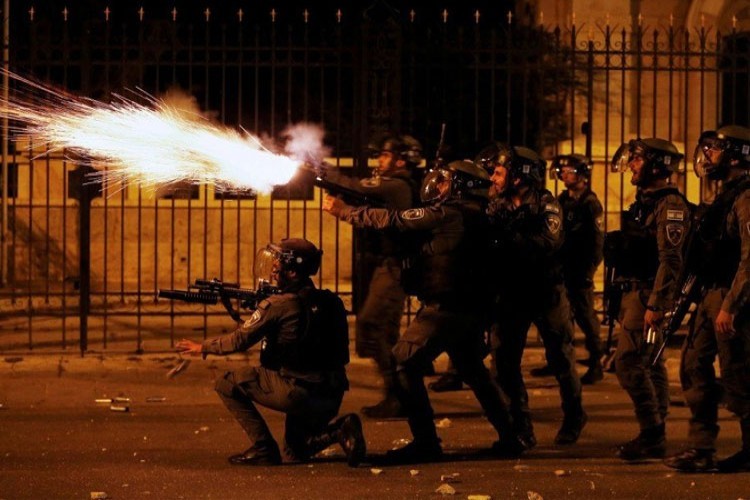 According to local sources, the occupation forces stormed Duheishah refugee camp, which led to the outbreak of confrontations between them and the Palestinian youth, during which a Palestinian child was seriously wounded with a live bullet in the chest.

The sources added that two other young men were shot in the foot by the occupation forces.

The occupied West Bank has been witnessing almost daily incursions by the Israeli occupying forces, after which confrontations take place where live ammunition, tear gas canisters, and stun grenades are fired at the Palestinians.