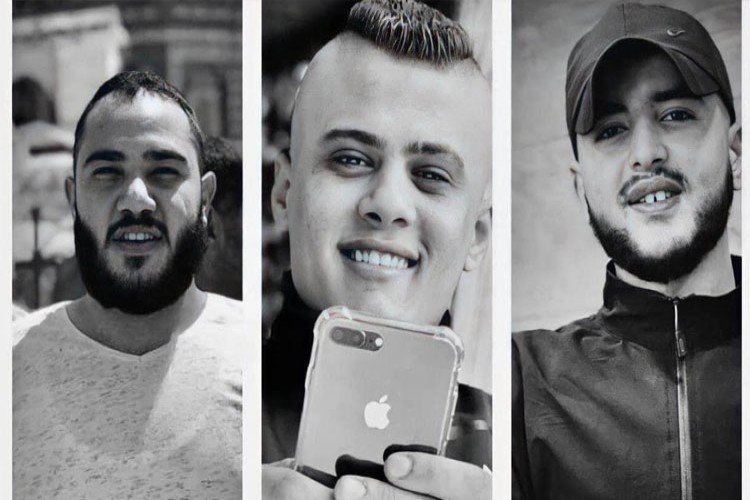 Israeli occupation forces assassinated three Palestinian citizens of the occupied West Bank refugee camp of Jenin during the former's invasion of the camp on Friday early morning.
Palestinian Ministry of Health confirmed the martyrdom of three Palestinians and the injury of eight others by Israeli occupying forces' live fire when they opened fire on a vehicle with three passengers and shot them dead. The martyrs were identified as Youssef Salah, Bara'a Lahluh, and Laith Abu Sorour.
It's noteworthy to mention that Israeli occupying forces assassinated, on February 8, three Palestinian resistance fighters by direct fire at their car in the Al-Makhfieh neighborhood in occupied Nablus, and the martyrs were identified as Adham Mabrouka, Muhammad Al-Dakhil, and Ashraf Mabslat. On April 2, the occupation forces also assassinated three resistance fighters by shooting at their car at the Araba junction near occupied. They were identified as Saeb Abahra, 30, Khalil Tawalbeh, 24, and Seif Abu Libdeh, 25.
Since the beginning of this year, the Zionist occupation forces have escalated the crimes of killing Palestinians as more than 60 civilians have been martyred in the occupied West Bank and Jerusalem, including at least 27 from Jenin and its refugee camp so far.