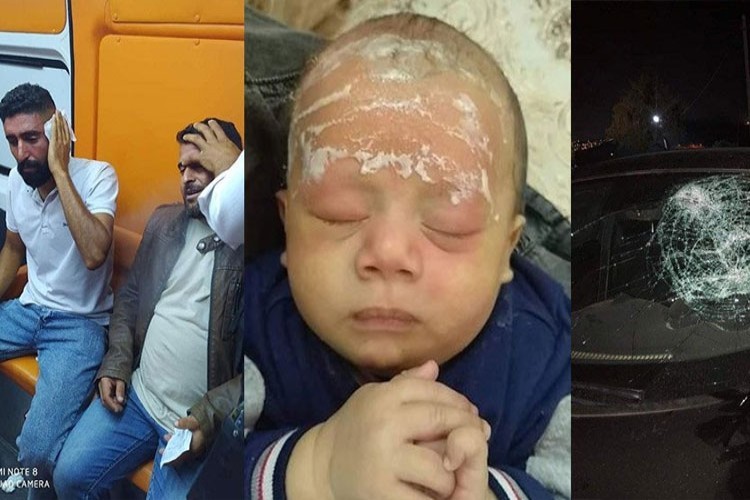 Terrorist Israeli settlers attacked and injured some Palestinian civilians, including a baby, on Friday's morning hours, when the former attacked Palestinian-owned vehicles in the town of Duma, southeast of Nablus, in the northern occupied West Bank.

Palestinian officials stated that the settlers present at the western entrance to the village under the protection of the occupation forces, attacked passing vehicles, and assaulted their passengers.

The officials added that the settlers attacked the vehicle of Ammar Yasser Dawabsheh, who was sitting along with his wife and children, and pepper-sprayed them, causing suffocation to them.

In a related context, settlers also assaulted the citizens, Munwar Dawabsha, and Muhammad Abd al-Sattar Salouda, and severely battered and pepper-sprayed them.