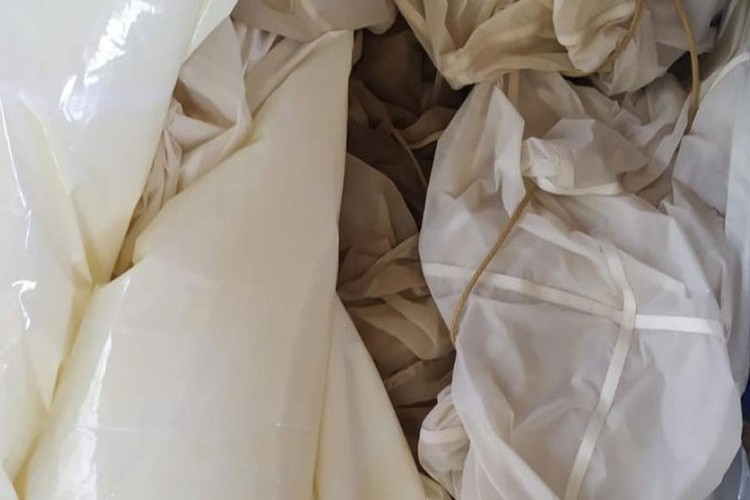 Gaza Strip - Israeli occupation forces have stricken a location in Gaza after a surveillance balloon fell over Beit Hanoun in the northern Gaza Strip on Friday afternoon, say local sources.

The sources added that Palestinian resistance fighters were able to seize the balloon, with photos of the balloon shared by Palestinian media. And a video reportedly from the scene showed Palestinians holding the balloon and the camera and sensor equipment attached to it.

Shortly afterward, Palestinian media reported that at least two missiles were fired by Israeli occupation warplanes toward a target in an open area near the Beit Hanoun Crossing in Gaza. Photos reportedly from the scene showed two smoke plumes after the strikes.