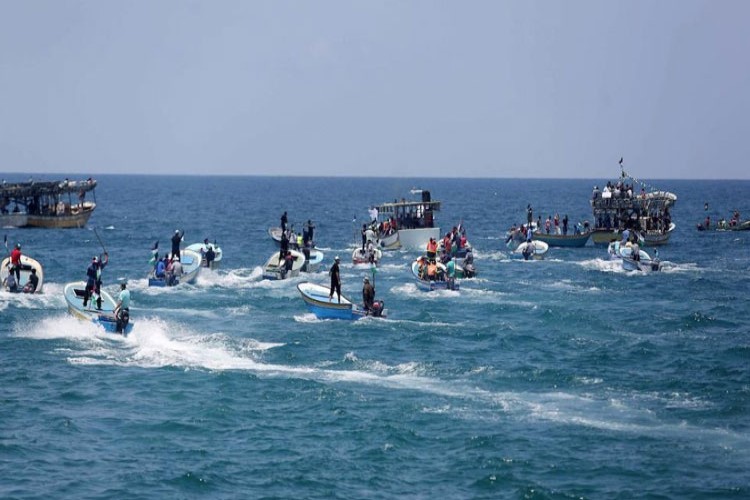 Media sources said the attacks targeted several fishing boats near the shore of Gaza city and in the northern part of the coastal region, mainly in the Sudaniyya Sea area, al-Waha, Beit Lahia, and Jabalia.

They added that the attacks caused property damage and forced the fishermen to leave without being able to fish to provide for their families.

On Tuesday, Israeli occupying soldiers fired many high-velocity gas bombs at Palestinian farmers on their lands east of Beit Hanoun, in the northern part of the Gaza Strip, causing many to suffer the effects of tear gas inhalation. And a week earlier, Israeli occupying soldiers injured Palestinian farmers on their lands near the perimeter fence east of Gaza city.

The attacks are part of constant Israeli occupation authorities' violations against the Palestinians, especially the fishermen, farmers, shepherds, and workers in the besieged and impoverished Gaza Strip, and resulted in dozens of casualties, including fatalities, in addition to severe property damage and the seizure of many boats after abducting the fishermen.

In March of last year, 2021, the Palestinian Interior Ministry in Gaza said Israeli occupation mines were responsible for an explosion that led to the death of three Palestinian fishermen.