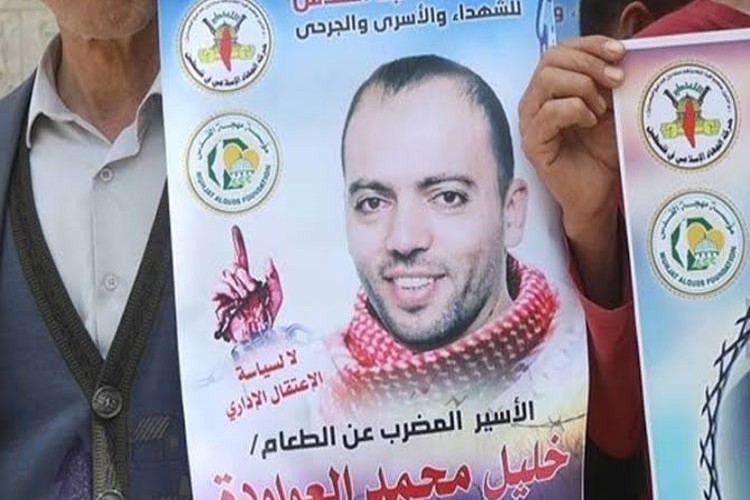 The Palestinian Prisoners' Society confirmed that the detainee, Khalil Awawdeh, 40, from Idhna town in Al-Khalil, suspended his open hunger strike, which lasted for 111 days, in refusal of his administrative detention after promises and pledges not to renew his illegal detention.
The Society explained that Awawdeh had been negatively affected by the 111-long hunger strike in protest of his illegal detention by Israeli occupation forces without a charge or trial just for being Palestinian.
In this context, the Society said that the detainee, Awawdeh, set himself as an impressive example of steadfastness and determination that resulted in securing his freedom from the Israeli occupation authorities.
During his illegal detainment, Awawdeh was exposed to all forms of systematic abuse and policies that hurt him physically and psychologically, which all Palestinian detainees are subject to.