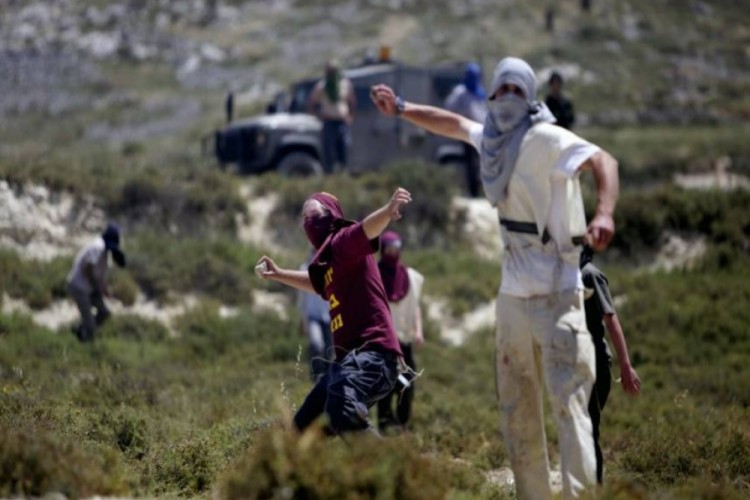 Terrorist Israeli colonizers attacked several Palestinian farmers and injured one before setting fire to two cars east of Ramallah, in the central part of the occupied West Bank.

Eyewitnesses said more than thirty Zionist Israelis from Adei Ad and Shilo illegal Israeli colonies attacked many Palestinian farmers working on their lands in the Al-Khalla area between the Mughayyir and Turmus Ayya village, east of Ramallah.

They added that one of the colonizers hurled a stone at a Palestinian man, 35, striking him in the head and causing moderate wounds, and was rushed to a hospital.

The colonizers also caused severe damage to the injured man’s car before setting it and another vehicle ablaze.