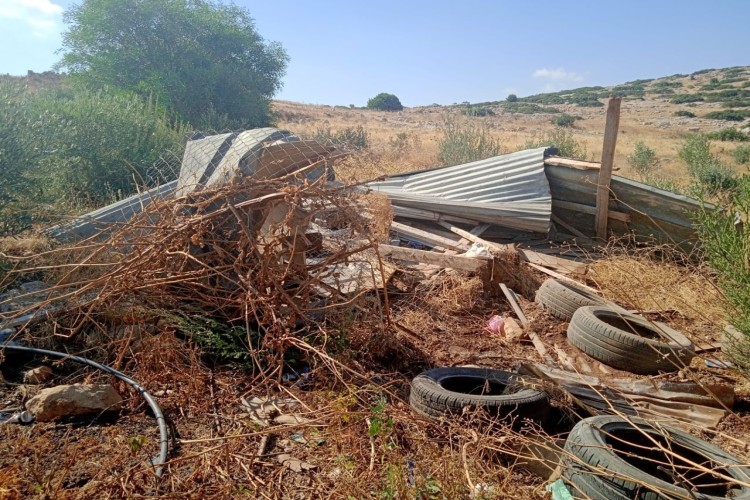 Israeli occupation soldiers invaded the Khirbat Ibziq village, east of Tubas in the northeastern West Bank, and seized a Palestinian-owned caravan, a solar power cell, and a water tank.
A Palestinian official said the Zionist soldiers invaded the village before destroying and confiscating a solar power cell.
The official added that the soldiers also seized a caravan used by the local council and a water tank that could hold two cubic meters.
The colonial soldiers also destroyed a residential tent and an agricultural pool that could hold five cubic meters of water, said the official.
Many Bedouin Palestinian families live in tents in Khirbat Ibziq village and depend on their livestock and agriculture as their only sources of livelihood.
The village is subject to repeated Israeli occupation invasions and demolitions, especially since it started to conduct live-fire military drills in the areas, which also devastates their farmlands and property.