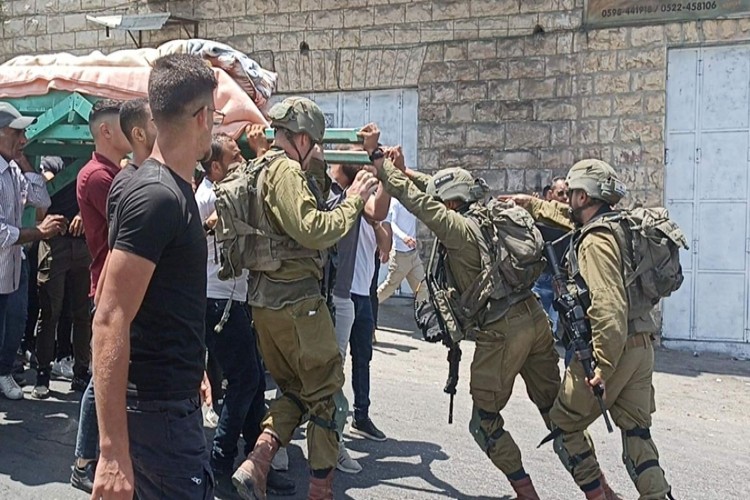 Israeli occupation soldiers attacked on Friday the funeral procession of a Palestinian woman in Beit Ummar town, north of Al-Khalil, in the southern occupied West Bank.
According to local sources, the colonial soldiers attacked the Palestinian mourners and those carrying the casket of the slain woman, Nayfa at-Tous, and struck them with batons.
The occupying soldiers also fired gas bombs at the mourners and tried to prevent them from reaching the local cemetery, the sources said.