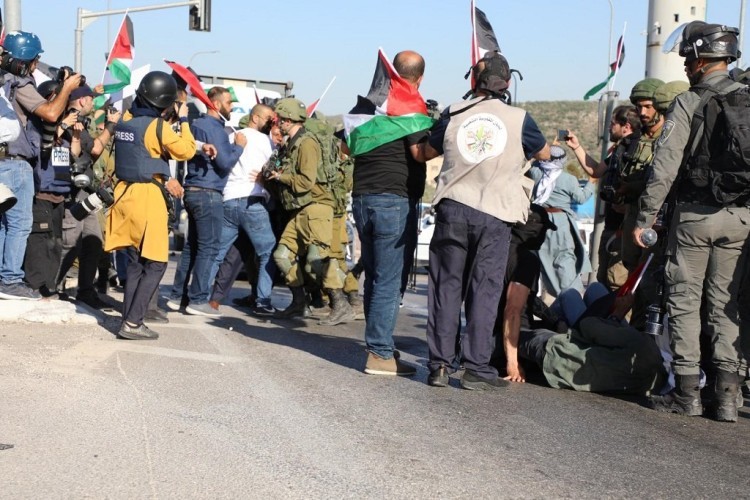 The Palestinians nonviolently marched carrying Palestinian flags at the western entrance of Hares town before the occupying soldiers attacked them with concussion grenades and tear gas and prevented them from reaching their lands in the Khallet Hadidi area, west of the town.