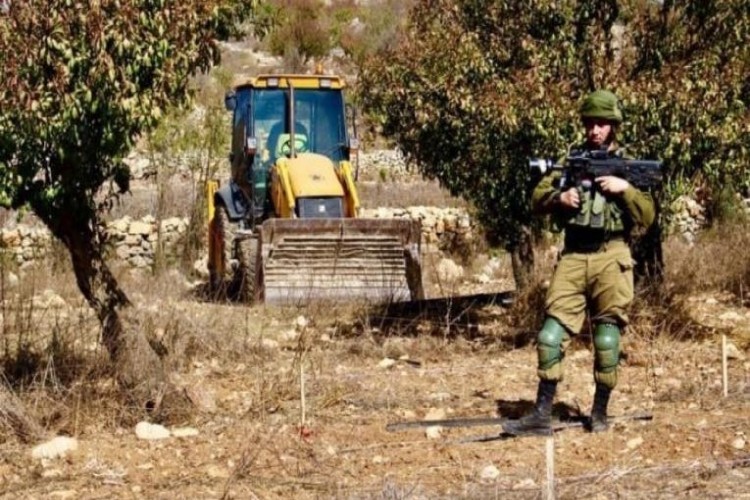 Israeli occupation soldiers uprooted at least 1000 olive saplings near Qalqilya, in the northern part of the occupied West Bank.

The owner of the orchard, a local farmer identified as Nihad Yousef Da’as, said he planted the olive saplings six months ago in his 75-Dunam orchard.

The Israeli occupation forces claimed that the lands have been annexed by "the state” and informed the Palestinian that he is not allowed to enter the area.

In related news, the Israeli occupation authorities decided to build 1446 units for illegal colonialist settlers on Palestinian lands in Sur Baher town, south of the occupied capital, Jerusalem, in the West Bank.