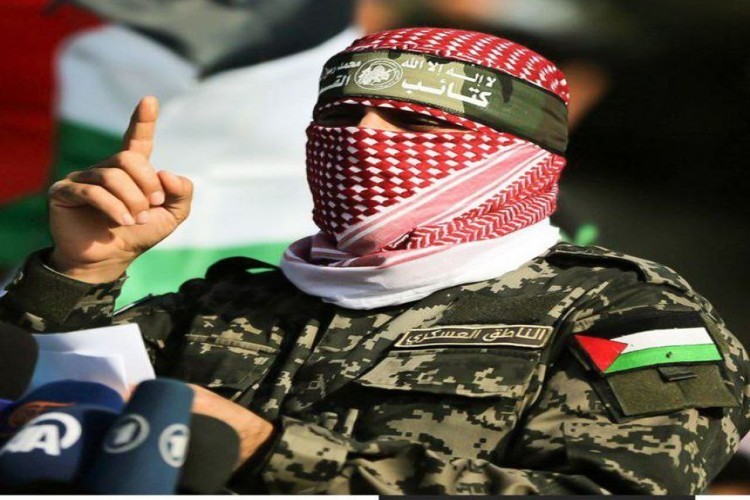 The Israeli occupation allegations about the existence of military installations in or near civilian areas, and the circulated sites and coordinates in this regard, are pure lies and fabrications and a desperate attempt to cover up its failure in the face of the resistance, Abu Obaida, Al-Qassam spokesman, stated.

Abu Obaida added, "The Israeli occupation authorities need no justifications for targeting civilians, and their history is full of massacres justified by lies against families and civilian structures such as homes, mosques, hospitals, universities, and schools."

He went on to say, "The massacres committed against the families of Ghalya, Al-Samuni, Abu Hatab, Al-Kulak, Abu Al-Ouf, and Al-Najjar, and the bombing of Al-Fakhoura School, Al-Quds Hospital, and many others are the best evidence of this."
Abu Obaida concluded, "The resistance is responsible for protecting the Palestinian people and is keen on their safety. And the occupation’s systematic and ongoing policy of spreading lies will not scratch this simple truth, and it will pay a heavy price for any attack against our people."