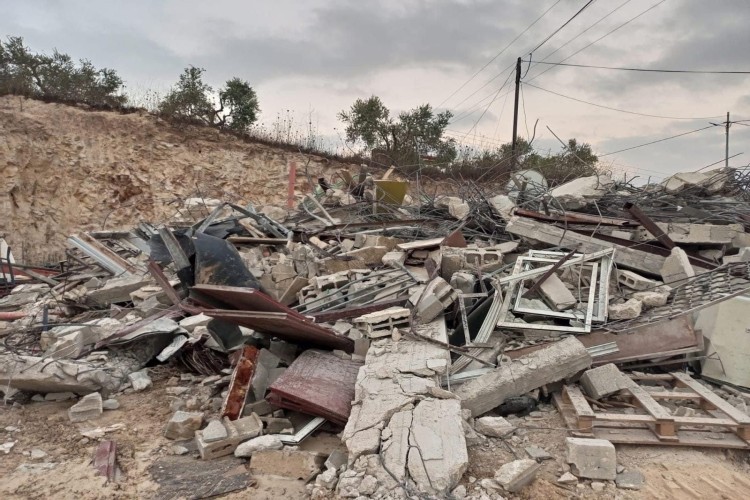 Mohammad Azem, a Palestinian official, said several Israeli occupation jeeps and a bulldozer invaded the neighborhood at the town’s main entrance after surrounding it.

Azem added that the occupation soldiers then demolished a home owned by Mohammad Abu As-Saud, rendering him and his family of eight, including children, homeless.

The home was a one-story building sheltering the family after rebuilding the property after it was demolished by the occupying soldiers a year earlier.