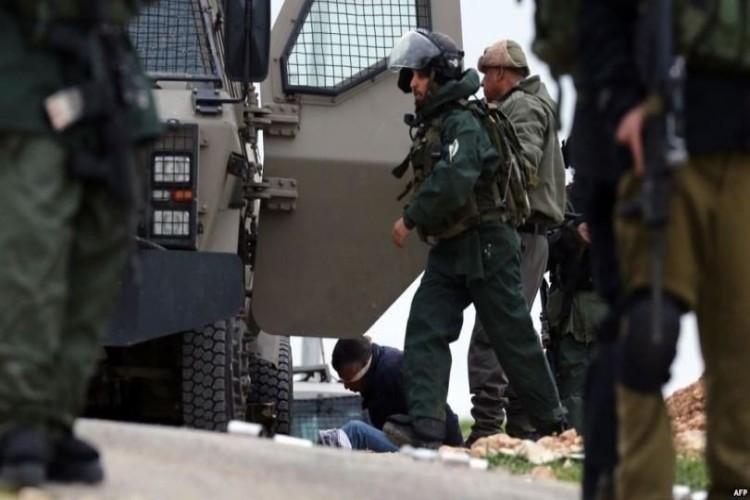 On Tuesday dawn, Israeli occupation soldiers invaded the Al-Far’a refugee camp, south of Tubas in the northeastern part of the occupied West Bank, before shooting four young men, one seriously, and abducting two others.

The Palestinian Red Crescent Society (PRCS) said the occupying soldiers shot a teenage boy with a live round in the head before the medics rushed him to Ibn Sina Medical Center in Jenin, where his condition has been described as serious.

The PRCS added that the occupying soldiers shot three young men with live rounds in their legs before the medics moved them to the Tubas Turkish Governmental Hospital and added that two of the wounded were shot in their car while driving near the main entrance of the refugee camp.