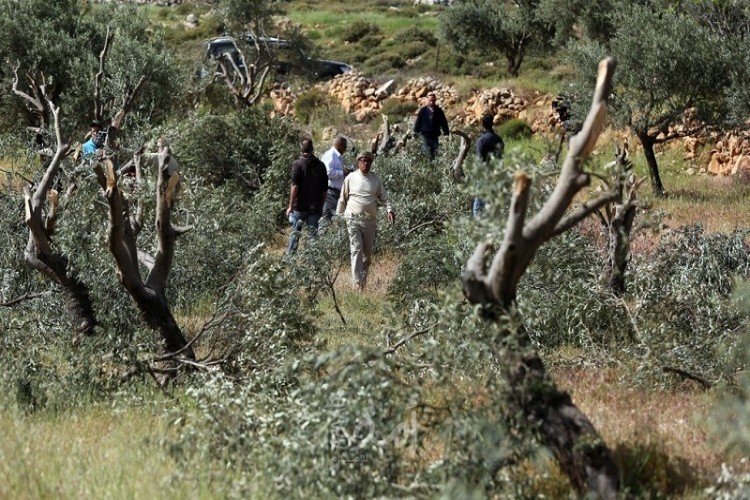 Taiseer Abu Mfarreh, a Palestinian official, said a large Israeli occupying military force, accompanied by a bulldozer, invaded the town before uprooting at least twenty olive trees and demolishing a well owned by Mohammad Issa Sha’er, in the Rakhma area, in the eastern part of the town.

Abu Mfarreh added the occupying soldiers were accompanied by personnel of the so-called Civil Administration Office, the administrative branch of the illegal occupation authorities of Palestina.

It is worth mentioning that, a few days earlier, terrorist Israeli colonizers invaded the same area and installed tents to establish an outpost on the Palestinian lands.