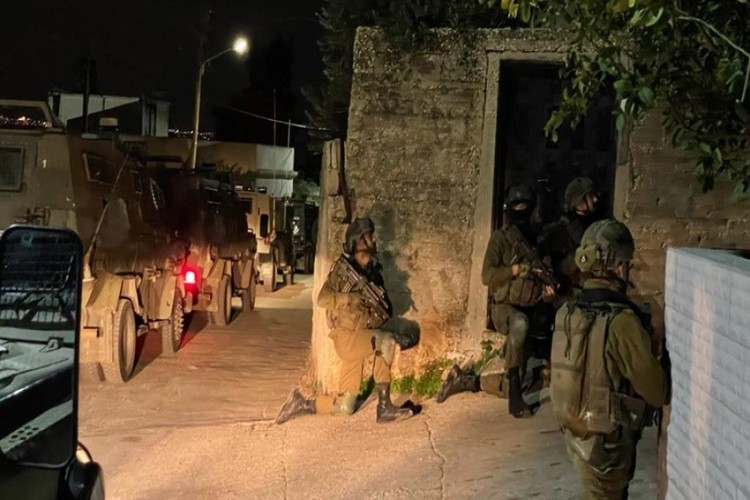 Israeli occupation soldiers abducted at least twenty Palestinians, including siblings, from their homes in several parts of the occupied West Bank.

In Jenin, in the northern occupied West Bank, the Israeli occupying soldiers abducted Amer Abu T’eima, from his home in Silat Al-Harithiya town, west of the city.

In Bethlehem, the occupying soldiers also abducted Lutfi Salahuddin Salah, 43, from his home in the Al-Khader town, south of the city, in addition to Zeid Mohammad Salahat from the Wadi Shahin area and Mohammad Mahmoud Abu Sha’eira from the Al-Karkafa area, in the center of Bethlehem city.

In the southern part of the West Bank in Hebron, the soldiers abducted Omar and his brother Mahmoud Jamil Abu Yousef, in addition to Radwan Zakariyya Awad, from Halhoul town, north of the city.