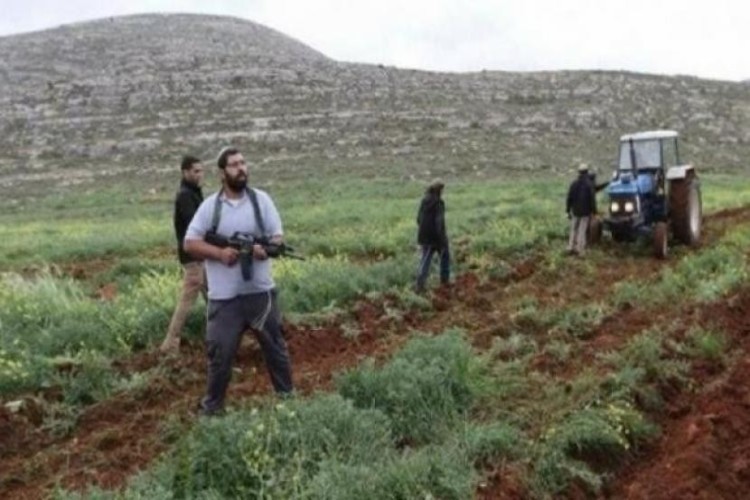 Terrorist Israeli settlers invaded a Palestinian orchard in the Al-Mo’arrajat area west of Jericho, in the northeastern occupied West Bank, cut an olive tree, and broke the branches of several other trees.

Ka’abna added that the colonizers brought their cows to graze in his invaded olive orchards.

It is worth mentioning that several years ago, Ka’abna planted his lands with various types of trees after becoming a beneficiary of an agricultural project that enabled him to plant and tend to his lands.

However, terrorist Israeli colonizers occupied lands surrounding his own and have since been trying to force him out of his orchards and farmlands.