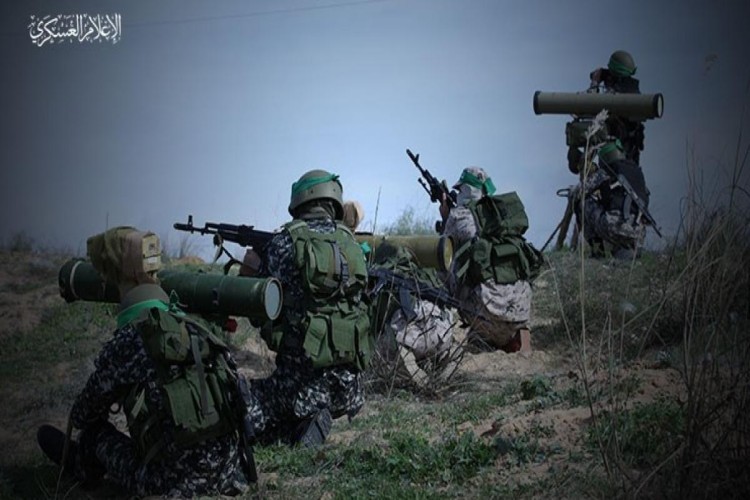 Al-Qassam: martyrs' blood will NOT be in vain, will be retaliated

Ezzedeen Al-Qassam Brigades, the military wing of the Islamic Resistance Movement "Hamas", affirmed that the blood of the martyred Palestinian civilians and fighters will not be in vain and will be a curse on the Israeli occupation.

In a military statement on Friday evening, the Brigades mourned the Palestinian martyrs who were killed by Israeli occupation forces' attacks on separate areas of the Gaza Strip.

On Friday evening, the Israeli occupation forces carried out a large-scale aggression on separate locations in the Gaza Strip, days after souring tension following the former's abduction of a commander of the Islamic Jihad Movement in Jenin.

The Ministry of Health in Gaza announced the martyrdom of 8 Palestinian citizens, including a 5-year-old girl, and the injury of 88 others in raids launched by the Israeli occupation aircraft in the Gaza Strip.