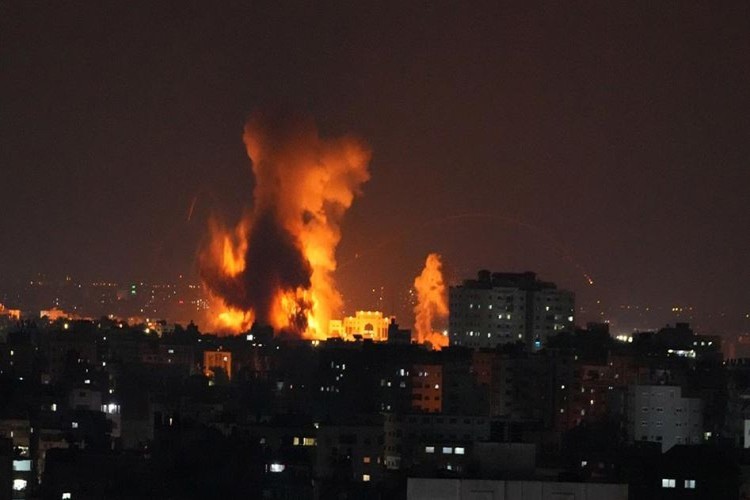 On Saturday, the Israeli occupation forces continued their offensive on the Palestinians in the besieged Gaza Strip, for the second day, firing more missiles and shells into several areas of the coastal region, killing five Palestinians and wounding many others, including three who suffered serious wounds.

The slain Palestinian has been identified as Tamim Ghassan Hijazi, 24, from the Az-Zanna area in Khan Younis, in the southern part of the Gaza Strip.

Media sources said the Israeli occupation military fired missiles into several buildings in Gaza city, Khan Younis, in the southern part of the coastal region, and many areas in the central and northern parts of the Gaza Strip.
Also, the Israeli occupation air force fired missiles into a three-story home owned by the Shamlakh family in Sheikh Ejleen southwest of Gaza city, leveling the property and causing damage to several surrounding homes.

On Saturday evening, Israeli occupation warplanes committed a massacre against Palestinian citizens of Jabalia refugee camp in the northern Gaza Strip, killing at least seven, including four children, and injuring more than 15 others.

Hours after the Jablia massacre, Israeli occupation authorities bombarded a residential building in Rafah city, killing at least eight Palestinians, including women and children who were pulled out of the rubble, and injuring about thirty other civilians with various injuries.

The number of wounded Palestinians is now at least 250, including some who suffered life-threatening wounds.