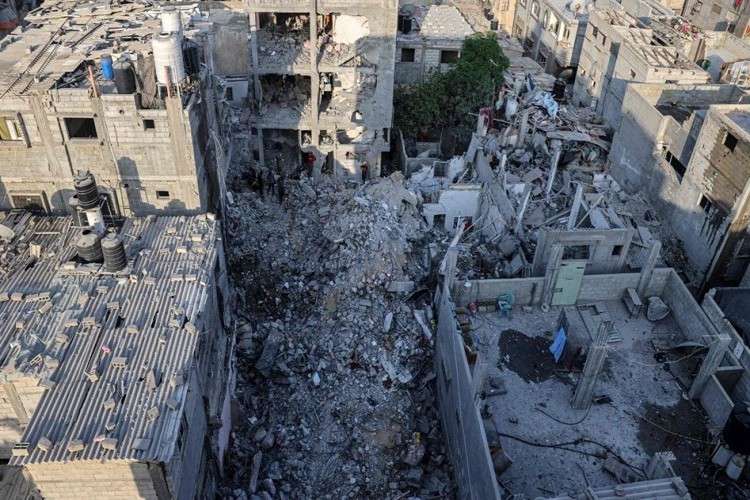 On Saturday evening, Israeli occupation warplanes committed a massacre against Palestinian citizens of Jabalia refugee camp in the northern Gaza Strip, killing at least seven, including four children, and injuring more than 15 others.

Hours after the Jablia massacre, Israeli occupation authorities bombarded a residential building in Rafah city, killing at least eight Palestinians, including women and children who were pulled out of the rubble, and injuring about thirty other civilians with various injuries.

Earlier Sunday, the Palestinian Health Ministry confirmed that medics and rescue teams uncovered the corpses of eight Palestinians, including a child and two women, under the rubble of a bombarded home in Rafah, in the southern part of the Gaza Strip.

The Health Ministry said the slain Palestinians were found under the rubble of a home bombarded by the Israeli occupation warplanes at night in the Sho’uth neighborhood in Rafah.

The research and rescue operations were carried out throughout the night despite the ongoing Israeli occupation bombing, an issue that impeded the search and posed serious risks to the teams’ lives.

The bombing also led to serious damage to surrounding homes, forcing the families to leave and try to seek shelter elsewhere.

Hundreds of homes, apartments, buildings, and public and private facilities have also sustained partial to complete damage due to the ongoing offensive.