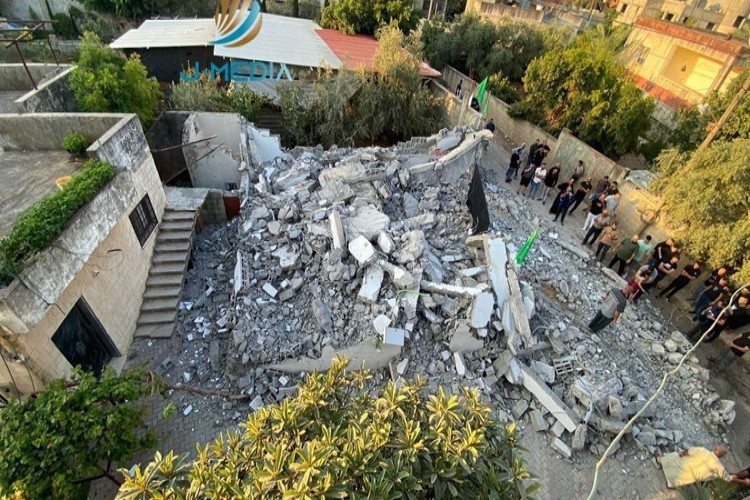 On Monday dawn, dozens of Israeli occupying soldiers, and bulldozers, invaded Rommana town, west of the northern occupied West Bank city of Jenin, after surrounding and isolating it and imposing a curfew before demolishing two homes.

The occupying soldiers distributed leaflets and used loudspeakers in their vehicles, warning the Palestinians who leave their homes that they would be abducted or shot.

Media sources said the invasion was carried out by at least fifty military vehicles, including armored bulldozers and troop carrier trucks.

The occupying soldiers then forced the families of two detainees, Sobhi Abu Shqeir Sbeihat, 20, and As’ad Refa’ey, 19, out of their homes before demolishing them.

The invasion and demolition led to massive protests in Rommana, Jenin city, and many surrounding villages and towns.

The Israeli occupation authorities claim the two Palestinians are responsible for the Elad heroic operation near "Tel Aviv" earlier in May of this year, leading to the death of three Zionist Israelis.