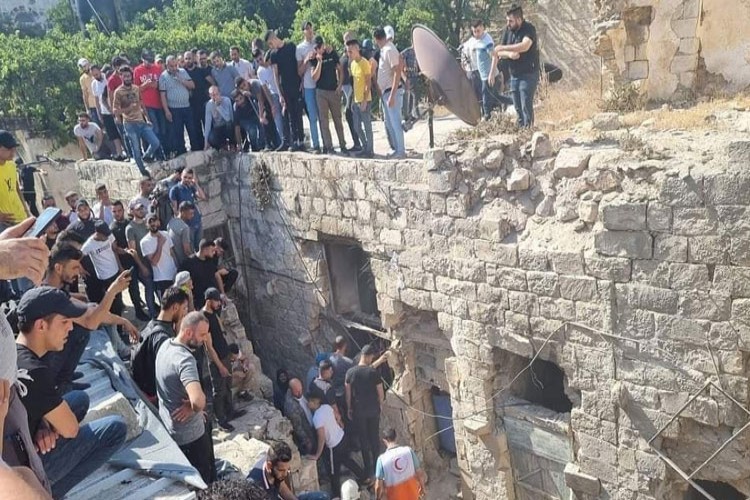 At dawn Tuesday, the Israeli occupation soldiers launched a massive offensive into Nablus, in the northern occupied West Bank, killing three Palestinian and injuring at least 40 others, including five who suffered serious wounds.

Ahmad Jibril, a Palestinian official, said hundreds of Israeli occupation soldiers in many armored vehicles and jeeps invaded the Eastern neighborhood and the Old City.

Dozens of Palestinians protested the invasion before the occupying soldiers started firing a barrage of live rounds, in addition to rubber-coated steel bullets and gas bombs, Jibril added.

The Israeli occupying soldiers fired shells at a home they surrounded in the Old City of Nablus, killing three Palestinians, and wounding many others.

Many Palestinian resistance fighters also exchanged fire with the invading soldiers in the Old City and several parts of the city.

Jibril said the occupying soldiers shot at least forty Palestinians, including four who suffered critical injuries and added that they also fired live rounds at Palestinian ambulances and prevented many medics from entering the areas they were invading.

The Health Ministry said that three wounded Palestinians were rushed to a local Hospital where they were pronounced dead. The martyrs have been identified as, Ibrahim Al-Nabulsi, Islam Sabboh, and Hussein Taha.

He also said that the medics tried to reach a woman the occupying soldiers shot, but they prevented them from reaching her.