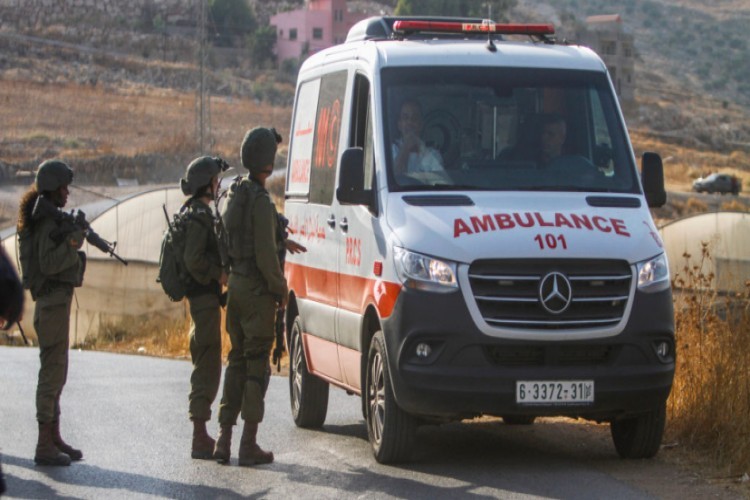 Israeli occupying forces attacked a Palestinian ambulance and its crew before abducting an injure citizen in the Tiwana area in Masafer Yatta, south of Al-Khalil city, in the southern part of the occupied West Bank.

local sources said a group of terrorist settlers attacked one of the Red Crescent Society's ambulances and punctured its tires before Israeli occupation soldiers assaulted its crew and abducted a young wounded Palestinian man.

The attack occurred when a large group of Israeli colonizers invaded Masafer Yatta and assaulted many Palestinians in the At-Tiwani area, leading to a scuffle before the colonizers fired many live rounds.