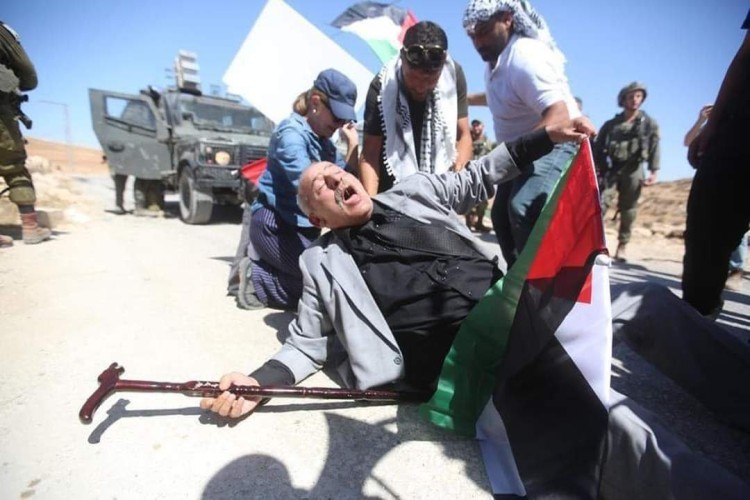 Fuad Al-Amour, a Palestinian official said the Palestinians nonviolently marched at the main entrance of At-Tiwana and the march was attended by many social figures and international peace activists.

Al-Amour also said that the Israeli occupation soldiers fired many gas bombs and concussion grenades at the nonviolent protesters immediately after they started marching toward the lands threatened with the illegal annexation.

It is worth mentioning that the area has also been subject to escalating attacks and violations by the illegal colonialist settlers, and just a few days ago, the Israeli occupation forces declared the area “a closed zone designated for military drills.”