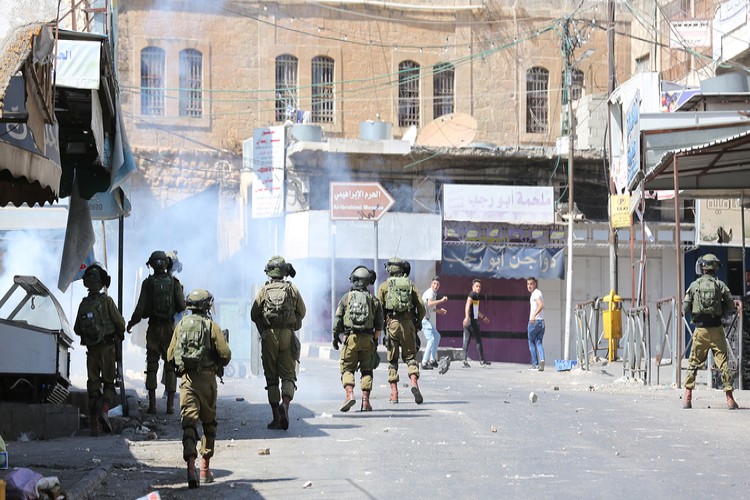 On Tuesday evening, Israeli occupation soldiers shot and injured a young Palestinian man and caused many Palestinians to suffer the effects of teargas inhalation after the former attacked a funeral procession in Beit Ummar town, north of Al-Khalil city, in the southern occupied West Bank.

The Palestinians were taking part in a funeral procession of a deceased man and were trying to reach the graveyard at the entrance of the town when the Israeli occupying soldiers invaded homes and occupied rooftops in the area, said local sources, before extensively firing gas bombs and live rounds at the mourners.

Due to the Israeli occupation forces' attack, a young Palestinian man was injured with a live round in the thigh and many suffered the effects of tear gas inhalation, the sources added.