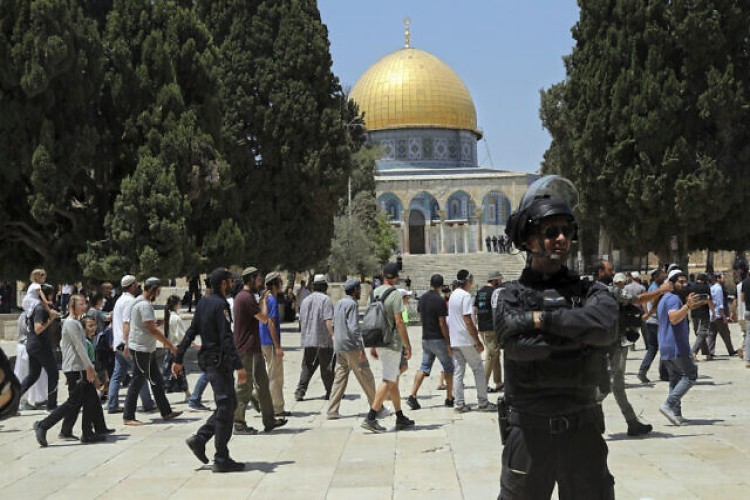 Hamas warns against Zionist plans to break into Al-Aqsa

Member of Hamas Political Bureau Maher Salah emphasized on Tuesday that the extremist Israeli settler groups’ plans to break into the blessed Al-Aqsa Mosque require the Palestinian people and the Arab and Islamic nations to mobilize efforts and confront such dangerous schemes aimed at preserving the status quo and Judaizing the Al-Aqsa Mosque in preparation for the establishment of the alleged temple mount.

Salah added that we are facing a decisive moment in which the Israeli occupation discloses its plans against the Al-Aqsa Mosque without equivocation, which calls on everyone to shoulder responsibility towards the Muslims’ first Qibla and the third holiest site in Islam.

The Hamas official stressed that the Israeli occupation authorities are racing against time to fully use the political conditions to implement their extremist agenda against our sanctities.

He reiterated that for such Zionist extremist plans against the blessed Mosque to be repelled, Palestinians at the popular, factional, and political levels, as well as the Arab and Islamic nations and the world’s free peoples must assume responsibility to defend it against the increased attacks by Israeli occupation forces and settlers.