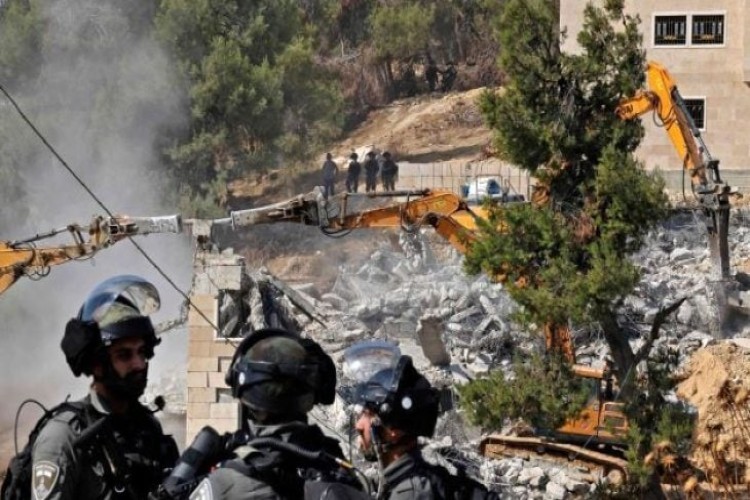 Israeli occupation authorities demolished five Palestinian homes in the occupied West Bank cities of Al-Khalil and Bethlehem on Monday on the pretext of lacking building permits.

Local sources reported that the Israeli occupation forces demolished three two-storey homes in Al-Minya village, south of Bethlehem, owned by Rashid Kawazbeh and two others in the town of Sair in Al-Khalil.

The Israeli occupation authorities justify the demolitions by saying that the facilities were built without a permit, but they rarely approve permit requests, especially in areas classified as “C,” which constitute 60 percent of the occupied West Bank.