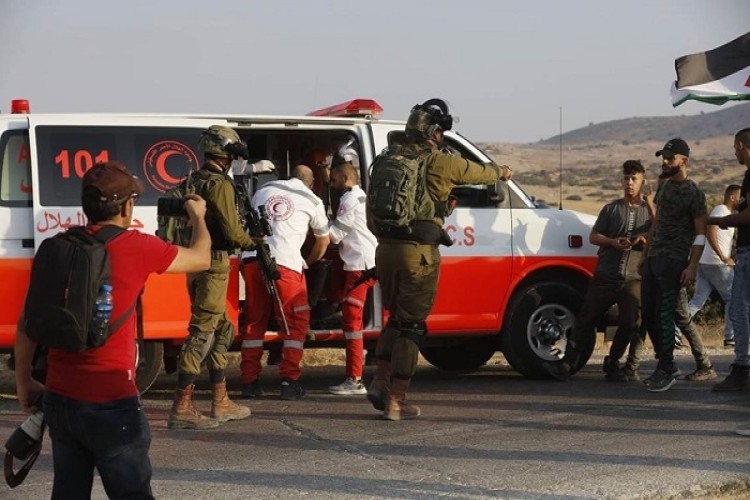 Al-Qassam Website - On Friday, Israeli occupation forces shot and injured a Palestinian child in the Ayda refugee camp north of Bethlehem in the occupied West Bank.

Local sources reported that several Palestinians marched near the eastern entrance of the refugee camp before the occupying soldiers attacked them with live bullets, rubber-coated steel bullets, and gas canisters.

They added that the soldiers shot a child, 14, with a live round in the thigh before he was rushed to a hospital.